Our lives are full of symbols.  Symbols bestow meaning. Symbols are important to us.  Within the Christin community, we have many important symbols, the Cross being chief among them.  The cup, the bread, the ichthys (Jesus Fish), the dove and the Christian flag are all important Christian Symbols.  As an American one of our most important symbols is our flag.  We call it by many names, The Star-Spangled Banner, The Stars and Stripes, Old Glory.  The flag has official symbolism and personal symbolism.  Officially the red symbolizes hardiness and valor, white symbolizes purity and innocence, and blue represents vigilance, perseverance, and justice.  For me, the red has always been representative of the blood that has been shed and continues to be shed in defense of our country.  For me, the white represents the purity of the American ideal.   An ideal that has not been fully lived up to, but that we should continually be striving for.  Frankly, I have not given much thought to the blue.  For our nation and for me personally, the flag is a powerful symbol.

The flag is a source of national pride: 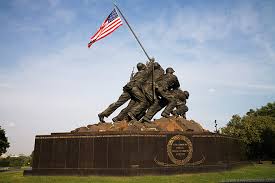 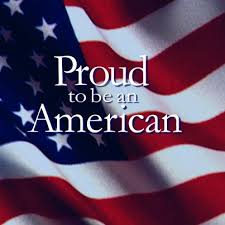 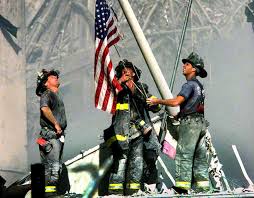 The message is the issue I have with these pictures. 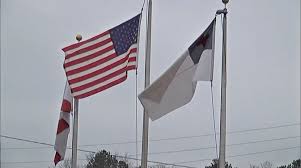 I love and appreciate my country.  I thank God that I have the privilege of being an American, however, I know that the day will come when this will all pass away. America in all of its greatness and splendor will not endure forever.  On the day Jesus will return.  The King of kings and the Lord of lords will establish his rule over all nations.  On that day there will be no Americans, Canadians, Mexicans, or Chinses, there will be no presidents, kings, queens or prime ministers. Every knee will bow to Jesus and all will confess that he is Lord.  As Christians in America, we hold dual citizenship.  We are Americans, and we are citizens of the Kingdom of God.   The Kingdom of God is not subordinate to the Nation of America.  The message that is being sent in these pictures is that the kingdom is subordination to the nation.  That is not a message that I am comfortable with. We can love our country and be patriotic without subordinating the kingdom of God.  As I stated earlier this is all about symbolism. I think the symbolism in these pictures is bad symbolism.

One possible solution is not to fly any flags at all.  You cannot have bad symbolism if you don’t have the symbols.  A potential problem with this option is that flags are a powerful symbol that is important to many people.  There are people who are not going to be want to let go of these symbols.

Another possible solution is to only fly one flag.   Make the choice to fly the American flag or the Christian flag.  For some people, this is a good option and the choice will be easy for them.  For others, this will be a difficult choice and one that they would rather not make.

I saw this example at a church I visited.  When you pulled into the entrance to the parking lot there was an American and a state flag.  As you walked toward the entrance the building the Christian flag flew at the side of the entrance.  This seems like a good option, however; if one wants to have both flags side by side there is another option.

As Americans, we do not want to do anything to dishonor a treasured national symbol such as our flag.  As Christians, we do not want to do anything that suggests that the Kingdom of God is subordinate to any worldly power.  Be proud of your country, that’s ok.  Honor the flag, that’s ok,  but also remember that it is through the grace of God that you are blessed to be in such a great county.

Scroll back to top